Hello gentlemen. I’m usually on the XJ-S forum mysteriously my e-mails not working so using my better half’s.
I just had a quick question, I was watching a movie tonight called The Dig about the Sutton Woo treasure find and I noticed the lady was being driven around in a nice looking saloon car.
I was curious if this was an SS Jaguar 2.5 litre from the 1930’s
Maybe you expert’s can identify it before I pull anymore hair out.
Thank you in advance, Gary…
By the way a great movie to watch too!

What a coincident… I just finished watching that movie too… enjoyed the car, but didn’t take a close look at it… but a great movie… early British cars look a lot alike, so I just enjoyed the movie… The trailer shows about 2 seconds of a saloon with a spare tire on the LF wing, very similar to an SS Jaguar saloon, but I’m afraid it’s a Lagonda. 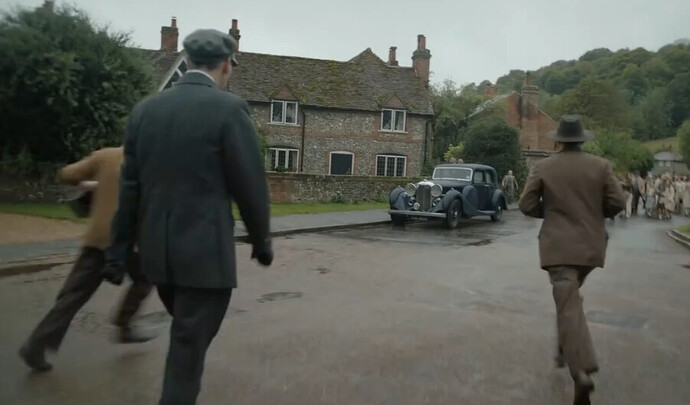 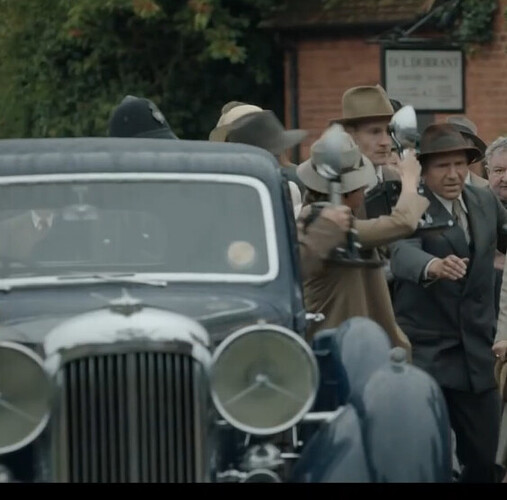 image563×555 55 KB
Good catch though, and period correct for what looks like an interesting film.
Lagonda was a competitor of SS Cars, but was higher priced and didn’t sell as many cars.
Dleverett (D Leverett ) January 30, 2021, 6:30am #4

Thank you very much for solving the mystery, it confirms I came to the right place. My knowledge on these era of cars is very limited if non existent. I sure like the look and style of them though. Not to mention sticking my head in them and smelling all that wood and leather.
Thank you, Gary…

Here’s mine from the same angle. 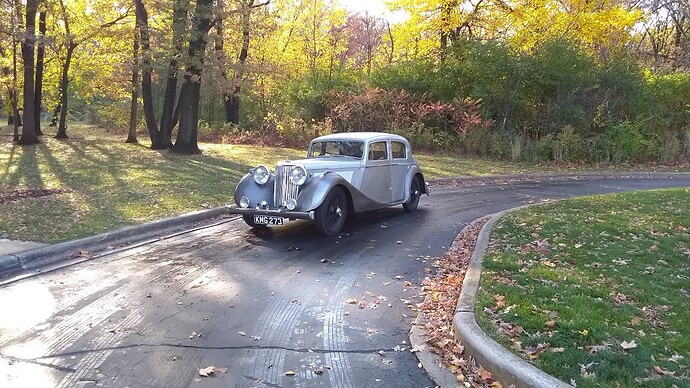 Any/all Lagonda owners would be severely insulted to suggest that an SS Jaguar was remotely in the same league/ class. The 1930s Lagonda was very much the top-of-the-market class, competing with the Bentleys, Rolls Royce, Invictas etc.

The reality however is that Jaguar came out of the post war period much stronger and established their up-market position, whereas many other pre-war marques, including Lagonda struggled…

IIRC W.O. Bentley went to Lagonda to work for free because he was so upset his nemesis, Rolls-Royce managed to acquire his old company with his name. The 3 litre Lagonga engine he designed was last used in the Aston Martin DB2 and DB2/4 until the MK3 had the new DOCH engine.

But I think it’s fair, to the non-car people Sir William (although just Mr. Lyons back then) was able to offer a very similar experience for about one third if the cost. SS Jaguars are very much alike the smaller 1930’s Lagonda and Bentley Saloons and the MKV and MKVII are very much like post-war Bentleys in basic appearance.

Ps. But yes, in principle it’s a bit like confusing a Buick with a Duessenberg or a Renault with a Delage.

Sir William (although just Mr. Lyons back then) was able to offer a very similar experience for about one third if the cost 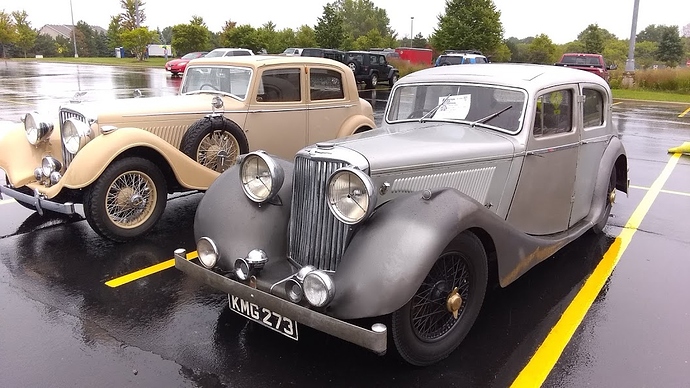 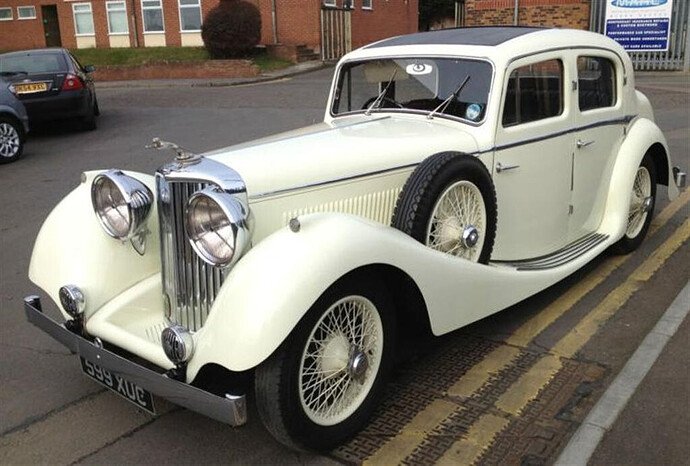 Or complete with spare tyre covers. 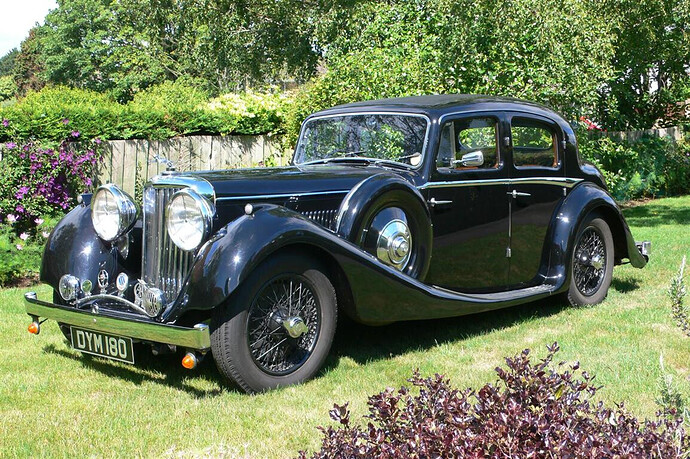 Thank you gents for the clarification of my recognition (or lack of) in being able to identify the two car manufacturers models.
In the 1930’s the Jaguar owner would have a little chuckle at my mistake, the Lagonda owner would not appreciate my ignorance.
I do see a lot of similarities so you’ll have to let this layman off the hook.
I believe you all very fortunate to be the custodians of these very fine machines and hope you all have the opportunity to drive them.
Gary…

A little off topic here, I think a posted this a long time ago.
This is my 93 year old Dad’s car. It could be considered in some circles as an original SS Jaguar from the Swallow sidecar company .
Gary… 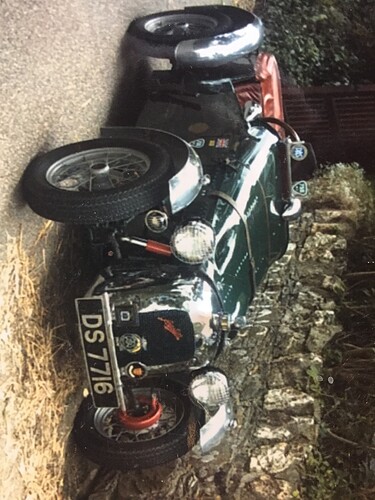 A couple of timely photos. A local friend has just purchased a fully restored 1937 Saloon, and we were discussing two aspects of restoration - the Tool Kit is ‘ordinary’ to put it kindly - but I am on top of that and will help him out, but the issue of the Spare Wheel Cover came up… his car doesn’t have one.
Did all 1936 and 1937 SS Jaguar Saloons have a spare wheel cover, or was it optional, or was it age related, and does the same position apply to both 1-1/2 litre cars and 2-1/2 litre cars? And if so, is the 1-1/2 litre wheel cover the same as the 2-1/2 litre wheel cover…

As the covers are not in the “List of Extras” section, one may presume that they were standard equipment?

I would love to see a shot of the tool kit.

It looks to me as if the covers were standard. See Jag-lovers brochures - an SS Jaguar Brochure Page (jag-lovers.org) The bracket and nut are different because of the different hub sizes. I suspect they might have needed to have a different hole size to take account of the different hubs but I don’t know for sure. It might be that a 1½ litre hole could be enlarged for a 2½ litre but you’d maybe need to add metal in the other direction. I suspect the hole size is the only difference. Unfortunately the parts list gives no part numbers.

And the awful Desmo “Cat shot off a fence!” - Sir Bill, radiator mascot.

And the awful Desmo “Cat shot off a fence!” - Sir Bill, radiator mascot.

Oh, I’m sure those hinges are chromed (as they were meant to be). As for the mascot, well it’s just bad taste. Nothing wrong in that.

Oh, I’m sure those hinges are chromed (as they were meant to be)

Following the discussion about door hinges for the MKIV, I wonder why they were painted and not chromed? Must have been cost?

Yes, the Desmo certainly is a matter of taste. Obviously Sir William considered them poor taste as indeed he did with all mascots. I’m glad he was overruled with the Crosby variant.

Doors and boot lids were fitted and carefully aligned before painting and never removed, nor masked, so body color paint on hinges is correct. 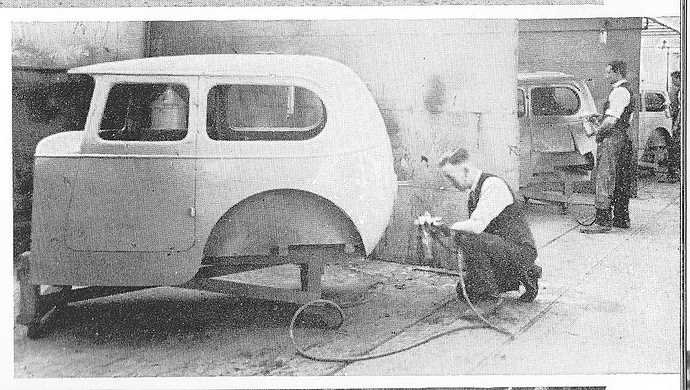 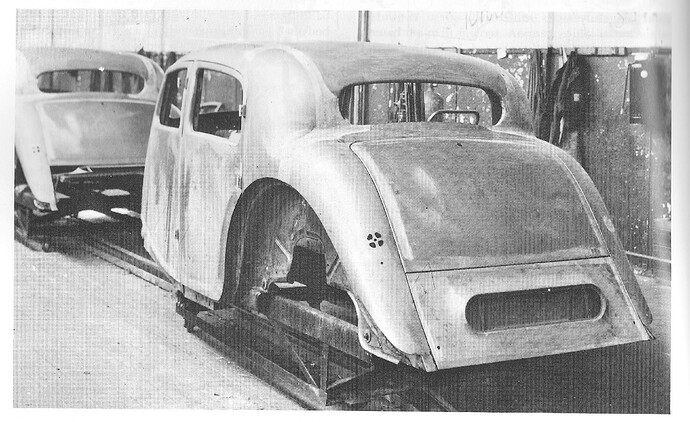 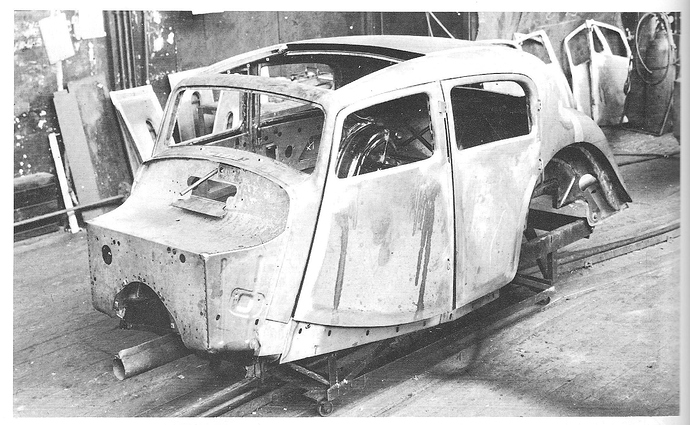 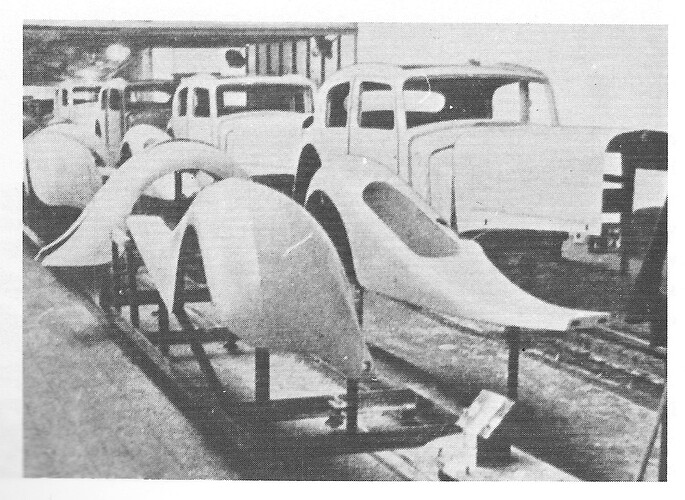