Alright so doing a engine swap on my 87 xj6. 2jz engine has already been test fitted and sits well. My question is how does the the th400 or even the 4l80e fit in a xj6?

I don’t know where you would get an adapter to fit the gearbox.
Someone did make a THM 350 adapter. Don’t know if it would work with the THM400.

Not looking to fit the trans to the stock motor. More so looking for how the th400 or 4l80e fits in the trans tunnel

Should fit fine. The XJS used both, didn’t it? That’s an even shorter car on the same-ish floorpan. I’d be more worried about how far back the 2JZ pushes the transmission. You should post the engine swap in the “LUMPS” forum here but I d9nt know of anyone who installed a 2JZ

The JZ engines are considerably smaller, are they not?

Yes the jz is smaller 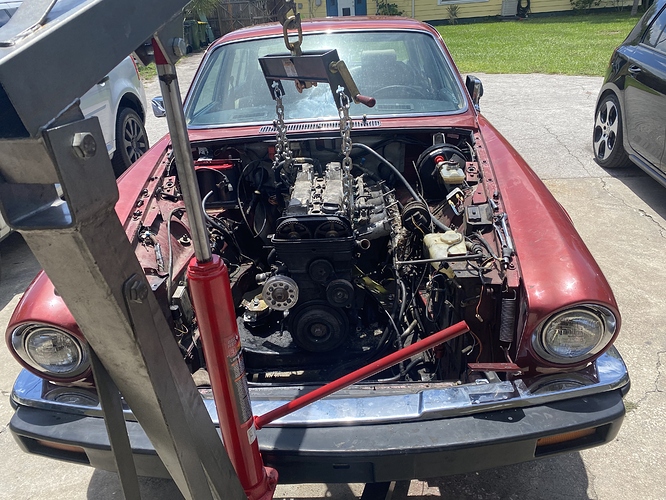 Just need to figure out a good trans ahah

Not sure the 4L80E would fit at all

Just need to figure out a good trans ahah

As long as your going thru all this effort I surely wouldn’t go with a 400 or 4L80E. They’re dinosaurs.

Th400 is a pretty strong trans 4l80e is a great trans to hold power also.

As I recall the transmission tunnel of the 6.0 XJS was enlarged to accommodate the 4L80E. The Series III body was never built with the enlarged tunnel.

Th400 is a pretty strong trans 4l80e is a great trans to hold power also.

Yeah, but very parasitic. And the 400 has only 3 speeds. I’d seek out something more modern, personally.

How about whatever the JZ was originally bolted to?

The transmission tunnel of the Series 3 body did indeed accommodate the GM 400 with no body modifications, Evan…

As others says; it’s mating the box with the engine in question that is the challenge - and placing the engine so the transmission just reaches the tunnel And further; it’s not given that the GM 400 is well suited to your engine of choice, either. Unless you are in love with the GM 400; there may be better choices of gearboxes - designed for your engine, and still fitting the tunnel?