The "direct replacement" alternator that isn't, but seems to work after you modify everything ;-)

Let me start by saying I got this to work - so there is that, and generally speaking it wasn’t overly tough, but nonetheless annoying - lets go through it:

I needed to replace the alternator on my '70 2+2 A/C + P/S, and discovered there are few options out there, aside from the comparatively expensive re-manufactured Lucas unit. One of those options is a WOSP performance alternator (available from one of the more common part sources - not sure if you’re allowed to say which specifically). This alternator is advertised as a quote “bolt-in replacement for an original”, making 70 amps and internally regulated - so far so good. The only issue of course is that this alternator was a “direct bolt in replacement” in the same way that Santa is a 120 lb clean-shaven athlete from Guam.

The 3AW relay is taken out of the circuit entirely - you remove ground, and connect the remaining two wires together. Ground is the thinnest black wire - I traced one wire back down to the wiring harness that goes to the dash (so to the ignition light) and the other middle wire is a pretty thick signal wire - that left the thinnest black wire as ground. I removed said wire from 3AW, then connected the other two wires together (I turned one into a male spade connector and simply connected that to the existing female spade connector of the other wire).

You also should (optional) disconnect the ground from the 4TR voltage regulator (middle spade connector on mine).

Lastly, the two field wires are not used with the WOSP unit, so you just remove or isolate them. You do use the small signal wire, and there is a spade connector for that on the WOSP unit.

In all cases, I disconnected and isolated wires, rather than cutting them - just in case I (or a future owner) ever wanted to go back to a Lucas alternator.

The alternator works great best as I can tell, charging well and although I’ve not had it under any stress or miles, so far its doing all the things you’d expect.

Like some other items… you don’t so much ‘get a part’ as you ‘get a kit to make the part’.

What a nightmare!!
On your A/C car, the alternator is a rather robust piece of equipment. I just had mine rebuilt, and it will outlive me.
LLoyd

The good thing about getting older is that time goes by faster, and under current circumstances, that is good.
LLoyd Nolan, June, or maybe July 2020

Don’t let your nuts get whacked

I strive to live my whole life with this philosophy. With a couple not-too-serious-but-still-painful exceptions, so far so good.

OK… thanks. Sorta answers the question.

I kept the Lucas unit, just in case, but I’m not sure there’s a rebuilder near that can do it, besides, I had some questions about the condition of the regulator and 3AW relay, so this single change fixed three potential issues.

@Jcrosby Me too, though kids and a 65lb lap dog serve to undermine my attempts.

Its the same case with the direct replacement for the B.U.T.E.C. alternator for S3 cars. The following picture shows the adjustment bracket supplied with the replacement Alternator offered by the usuals. That bracket is close to nothing on the engine without conjuring up some “Heath Robinson” contraption. 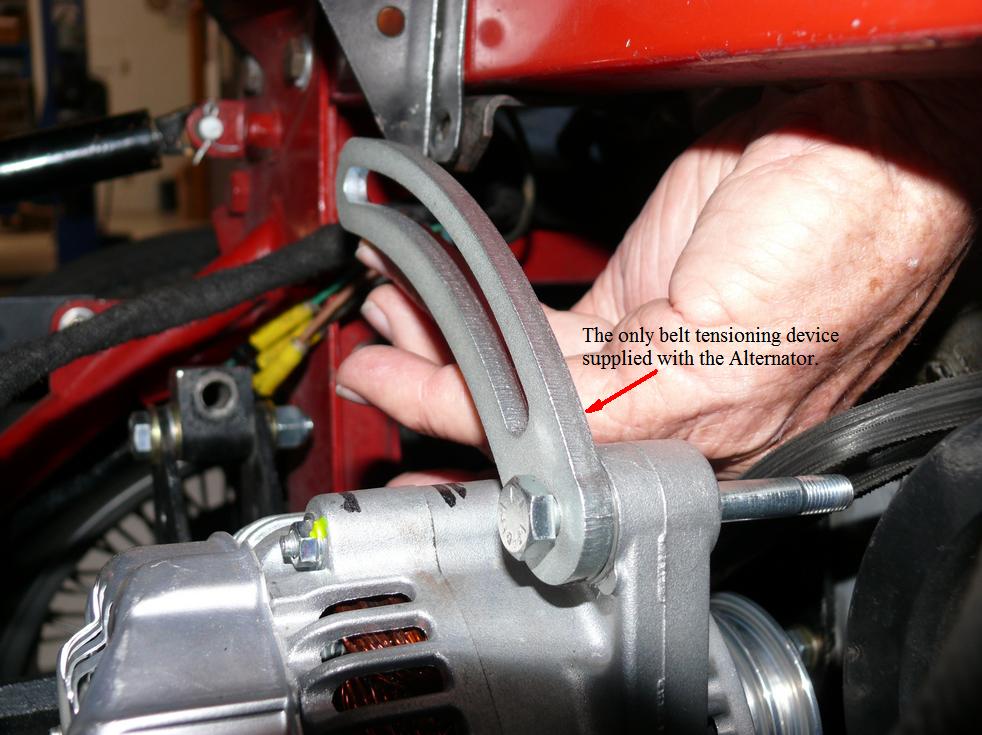 The following picture show my manufactured solution, which uses the same principle as the original and part of the original tensioning device. 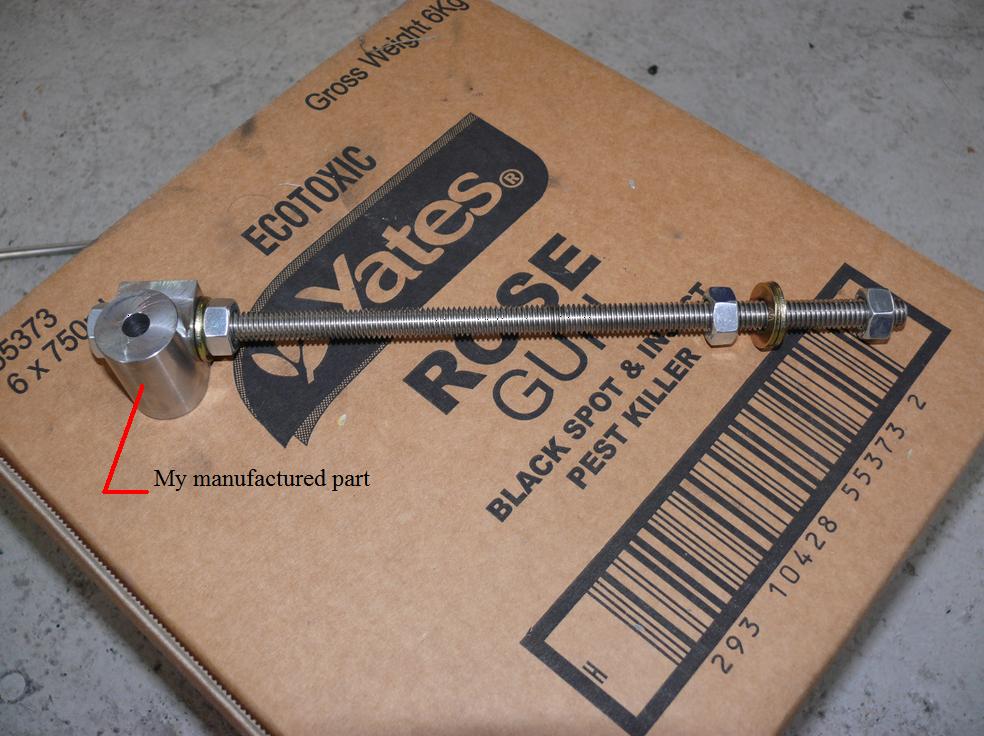 and the following picture, the assembly.

Very nice. It always amazes me when you get something, built and advertised for your specific car, with mounting parts that have absolutely no home, place or possible useful location. It seems to me that I more often use said parts to modify the mounts of the next supposed “bolt-in” part. Perhaps that’s the idea?..You get the mounts you need for the prior part, by ordering the next? Marketing wizardry.

Or designers (cough) as thick as two short planks, dipped in porridge and stuck together.

My FAVORITE one was–and this’ll crack you up!!

The truth here is that when it comes to alternators, manufacturers make do with available parts, as making custom castings makes no sense for small production runs. Your first clue should have been that it’s “internally regulated”. This is fine, but it tells you that the wiring is going to be non-standard right off the bat. And the rest is inevitable. This is why I post DIY faqs rather than offering kits.

For your fan, over time you may discover the reason that the Lucas fan was keyed. It’s not designed for a friction fit and unless you really wail into the nut (which risks the rotor shaft), it can loosen up on you. Listen for a slight rattle, and be quick with the wrench if it acts up. There is a Bosch fan listed in my Bosch conversion faq that should work for you if your fan self-destructs. There’s also a lightweight Prestolite fan listed there, but that may be harder to source.

Your alternator relay is in the wrong place…it should be the second from the top. Once the relay is disabled, you can leave the harness on the 4TR just for show, as it will be completely powered down.

How much more was a re-manufactured Lucas brand alternator? What was your time and aggravation worth to make the one-size-fits-many solution actually work?

Personally, I love to update/upgrade my toys. All of my pre-1970 tractors have been modified to alternators with separate regulators.

I have stated in the past many times here. The original Lucas alternator on my new A/C equipped car never could keep up in stop and go traffic with accessories on. The same was true for my father’s car a 69. In the mid-seventies purchased a Lucas factory rebuilt to have a spare, it also could not keep up. These were 60 amp rated. I am now using a Lucas Eletrik clone rated at 55 amp that was a replacement for a Massey Fergunson tractor.
No longer have to be concerned about the needle in the red, it is smaller and has a built-in regulator. I also purchased a similar one as a spare. The Lucas Eletrik one is no longer
listed?
Glenn

So “Worth it!” and “Totally necessary.”

@E_NEW I’m down with devil’s advocate. Short version - hindsight is, I’d do it again. Here is the calculus:

Collectively, going the Re-manufactured route would have been $700 +/- . Comparatively, the WOSP unit, extra work and all, cost only its initial $307, and due to its more modern design, eliminated both the external regulator and A3W unit , while preserving functionality. It also charges significantly better, rated at 70 AMPs.

It may also be worth noting that even the advertised re-manufactured units had clearly differentiated electrical connections, so there is no guarantee it would have dropped in without modifications anyway.

@Michael_Frank I quite agree, that there were many clues that some work would be required, and in fact expected. That said, something advertised as “a direct replacement for stock” should not fry itself due to lack of cooling, shred its belt due to significant pulley misalignment and create electrical arcing so severe as to probably burn your car to the ground - If in fact it were just bolted on, as suggested by the marketing material.

When you go into a conversion away from stock, using whatever parts you find off the shelf that look “close and might work” all of the above and more are on the table from the start. When you buy a part that is specifically noted as a direct stock replacement however, I think the expectation should be more reasonably in line with a tweak here, adjustment there, as opposed to redesigning the unit.

The cost of my Lucas Eletrik originally was $90. Original spec was quoted 60 amp but was 55 amp. Instead of exchange they said to just keep it and will refund. My cost $0.
My other back-up alternator was $60. I did have to pay for a new pulley and fan for both.
Glenn