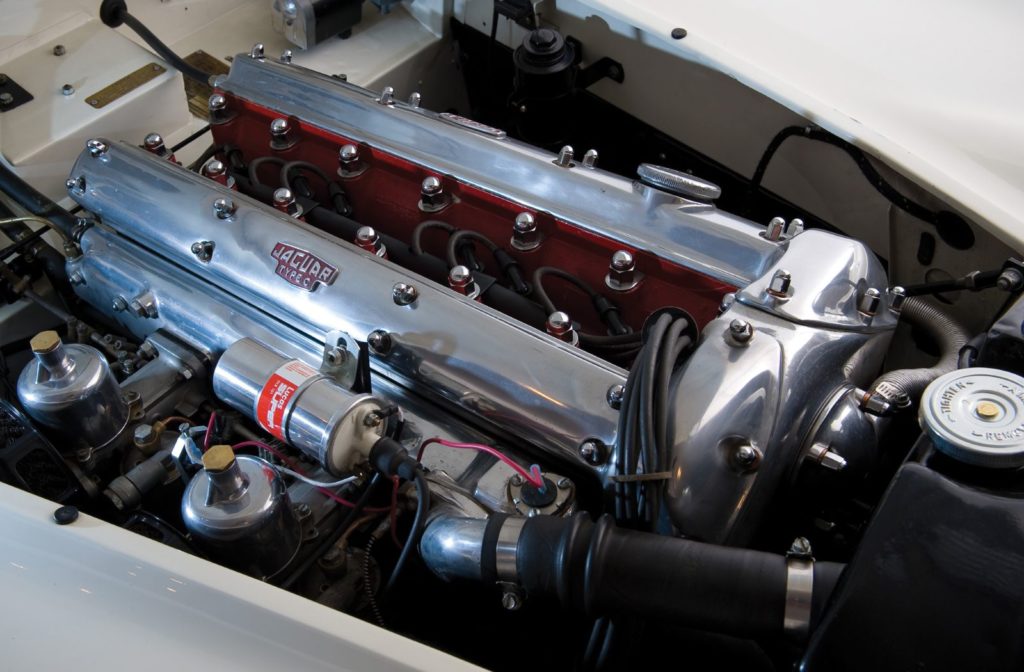 Rarely have we seen a single quote so harshly sum up the current state of Jaguar:

Today, Jaguar […] builds some luxurious, yet mostly boring vehicles. However, back in its independent days, the brand was responsible for some of the most exciting roadworthy and racing machines of the era, many of which were powered by the glorious XK straight-six.

Strong words, and very bad news for Jaguar. If there’s one thing the Jaguar brand can’t survive, considering its storied past and the lure of the leaping cat, it’s being considered boring by the automotive press, and by customers.

Speaking of the past, Vlad goes on to describe the development and history of the XK engine, as well as the success it enjoyed, spanning a decades-long production run.

The full article is available here.

Totally agree, and it pains me to say that. It seems like every decision they’ve made over the past ten years makes the brand less exciting. I think they’ve allowed themselves to be too influenced by what everyone else is doing, and in turn, lost what made Jaguar special and desirable.

You’re right gunnar… The guy is spot on.

I think the same is true for all car makers these days. I am bored by all new cars. My Ford S-max is the family car and it does a good job as a family car. But there are no emotions involved.
If money was no object I’d have a 1920s Bentley, because it contains so many brilliantly engineered components. You can tell how much pride was involved. That is what I also love about my X300. The solid yet sometimes quirky engineering. Parts of the design date back to the 1950s and have survived into the 1990s.
It is probably because I am an engineer myself and also try and come up with unconventional, clever solutions. All too often you are stopped in your tracks by bean counters, marketing considerations or the frames. That instantly kills the pride you have for your work and leads to boring solutions. And I think that is why new cars are boring to me. The same thing has happened to the engineers designing them.

I guess it’s easier to follow the crowd than it is to lead it.

I was just on the phone talking to a friend about new cars. I told him I honestly can’t think of a single new car I’d be willing to pay for out of my own funds, with the exception maybe of a new Miata. I find it hard to get excited about look-a-like two pedal, white, black or grey/silver crossovers, SUVs and pickup trucks, regardless of how they are propelled down the road, or how much electronic gizmos they have on them.

I’ll chalk it up to my years of dealing with “interesting cars:” For my money, I want my daily driver to be as boring as a refrigerator.

That said, my new Ford pickup could be called boring, but I’ve already had some pretty serious fun with it in some twisty bits!

I feel the same way, and have always preferred a boring machine for everyday driving. My current choice is a Toyota Avalon Limited with all the bells and whistles. The fun cars sit and wait to be driven until I take the time to exercise them. On the other hand, when younger, I tried repeatedly to drive a sports car every day. It was exciting due to not knowing what would break next on the way to work or even having some fun.

Have to agree on the Miata Mx-5. I shopped for a series 3 retractable with the Grand Touring package. Sure enough, one came up in great condition just two hours from me.I literally bought it on site, and the man delivered it to me. What a drive with the right equipment! So much fun!

Interesting story. Thanks for sharing. I particularly enjoyed the pictures of the XK140 taken in Paris. It is my humble opinion that until the Ford takeover (1988?) Jaguars were unique cars, in a league of their own. You could recognize a Jaguar from far away, and the successes on the track contributed to build the legend. My childhood was full of sightings of XKs and MkIIs in the streets of Paris. Another reason for success at the time was value for money which I think is no longer the case. And then, there was that wonderful XK engine, a thing of beauty, which started service on the XK120 and retired with the XJ6 Series III in 1987. Am I getting nostalgic or what? 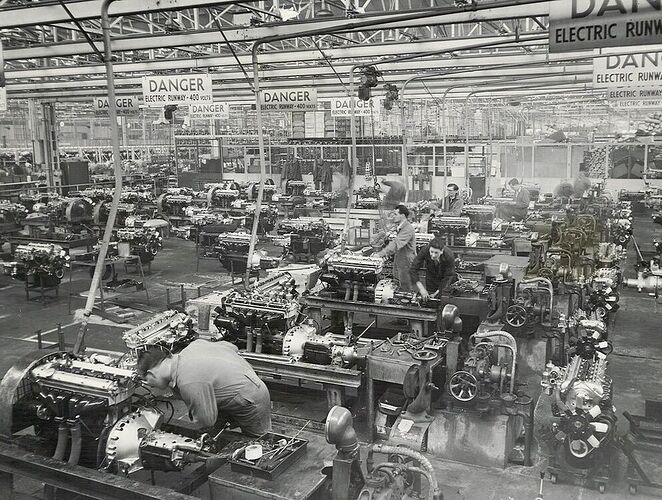 Apparently, when the engines were bench tested, they were run on town gas supply, not petrol, because it was cheaper. Not sure how they managed that.
As for boring, when my work car was off the road, I had to use my S1 FHC E Type for a day. What a major PITA, retrieving tool kit from the back, manually locking the door with a key, driving in city traffic etc. Back in the day, I used my S1 3.8 as a daily driver, loved it, but times move on, new mousetraps are invented. Sometimes it’s good to have a car you absolutely know will start every day, you can drive 10,000 km between oil changes and never need to lift the bonnet. But you still need a Jaguar.

Fond memories? I wonder. Back in the day, I had a new E-type and parked it in a covered garage while at work. I deliberately parked on the top floor, just in case. In case of what? Sometimes starting was a problem, and after the battery was nearly flat, a push start was the only option. So, get out, leave key on, push to get rolling, jump back in and try to put in gear and pop the clutch. Used all three floors one time and got lucky, as it started. NOT a best choice for an everyday driver.

No, I don’t think so. At age 20, I got my first Jaguar, an XK-120, and all my friends drove Chevys and Fords. Most had never seen one, let alone ride in one, and they were somewhat impressed by the handling and performance. It did not change their minds about ‘foreign cars’. The 120 was my daily driver, and it never let me down. I kept it until I got the E-type in 1963. I now own three Jaguars and drive one of them, as the others need some love to make them drivable and safe. They are not everyone’s cup of tea, and that makes for some satisfaction in ownership. I fear that we have seen the last of the breed with the F-type. I am looking for one before it is all over.

Oh, to dream! How about a 3-litre straight six with dual overhead cams, and a wonderful 6-speed transmission to row through the gears in a car that scarcely weighs 2000 pounds? There is still time to do this before gasoline is outlawed, and even so, just to have a real Jaguar again in the garage to admire would be sufficient.