Because I’m a sadist I bought the car as a non runner.

After speaking to the previous owner who inherited the car from his father, the car was fine but hardly used, tried to start it one day and it wouldn’t fire up. The car has since sat unused until I bought it…

Once I had the car home I checked over a few things and tried to eliminate the obvious. Drained the fuel tanks and added fresh fuel. New plugs, distributor cap, h.t. leads and while the air con pump was off changed the belts too. Car turns over freely and has a spark. Not tested the plugs out but have a tool to check the leads while cranking the engine. Figured as there was a spark I’d turn my attention to fuel. The injectors click when the ignition is turned on but the fuel pump was not running. Looking through previous posts found if I remove the orange wire on the pump relay, ground the relay the pump will run. There is power to the ecu and the fuel pump works.

Turning my attention to the ecu. I removed it and opened it up to have a look. Found a burned out resistor? 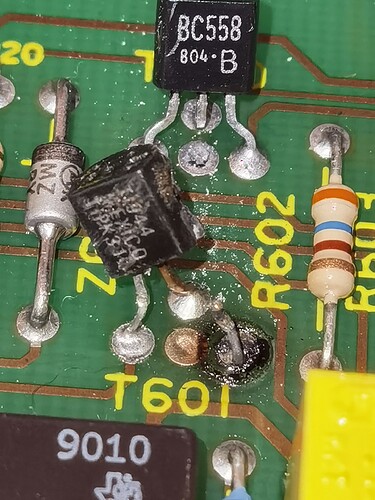 I’ve found a company here in the UK, AJ6 engineering who sell refurbished ecu’s but they’re not cheap to replace. Not being very well versed in circuits or electrics in general my question is, can this be repaired by merely replacing the burned out component? I’d like to know what could have caused this to prevent it happening again or is this a common fault and just age related.

That is a transistor; if you can read the numbers you may be able to cross reference to an available replacement part. My experience has not been great on availability or repair. Problem is that most are obsolete and they generally do not fail on their own; there may be another component such as a diode or capacitor that has shorted or gone open circuit to cause the transistor to burn out.
That said, only a few quid to try to fix. If it doesn’t work, AJ6 is a sure thing. eBay also, if you like to roll dice.
Does it run with the fuel pump relay triggered by grounding?

Hi Robert, thank you for the reply. Unfortunately the car didn’t fire up when bypassing the relay to run the pump. I’ll probably have to bite the bullet and buy a replacement ecu in case it has fried anything else 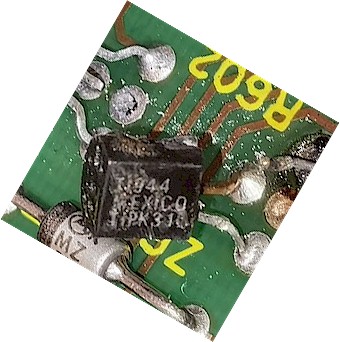 I blew up the pic and it looks like a TIP31C, a ton on ebay and probably electronic component sellers as well.

Hi Kim, do you know if all tip31 transistors the same? New territory for me but if its a simple replacement for the sake of a few £ it could be worth a shot. It’s broken anyway so there’s nothing to loose. I emailed aj6 engineering but I haven’t had a reply. Here’s another pic of the transistor. I tried to clean it up a little and this is the clearest pic I can get of i 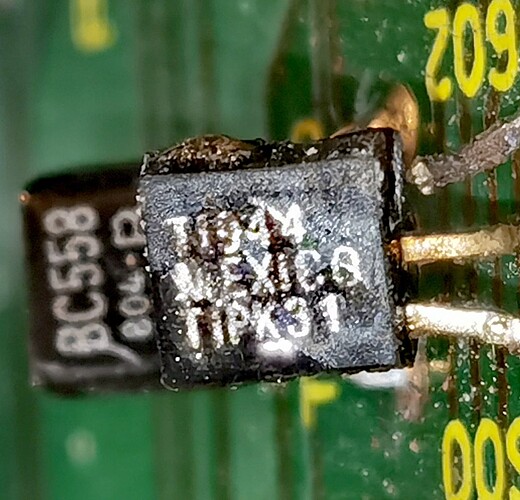 Nothing to loose indeed.
Examine the board very closely though to see if there are signs of other failed components that might not be as obvious.
If you find any electrolytic capacitors that are bloated or wet they would need to be changed as well.
Keep us posted.

DAC4119 is intended for Lucas ignition cars WITHOUT Catalytic converters.

DAC6335 is for a Lucas ignition car WITH Catalytic converters.

The car will physically run with the offered ECU BUT if you have cats, it may (guessing) run richer (more power) and cause them to not last as long? IDK for sure. Roger Bywater could tell you for sure.

I know some ECUs did not have an O2 sensor board (from the early non-cat 6CU line) so… I’m not sure if the non-cat 16CU supports O2 sensors, but I suspect it does … at least thats the way I’ve drawn diagrams for them.

Thanks Paul. I have contacted Roger but unfortunately he isn’t online often… I’m sure he’ll get back to me once he can

Philip,
You can fit a non Catalytic ECU but it will hurt your consumption as it will have no oxygen sensors input.
Any earlier 16CU will work as long as the compression ratios are the same.
.

To elaborate on Paul’s sage input, Phil; with catalytic converters a Lambda system was added to the ECU, incorporating an O2 sensor. This is mainly to protect the cats from petrol - the Lambda minimizes fat running…

While the engine, properly set up, will run perfectly without the Lambda added - as it would if the O2 sensor is disconnected.

I’m not sure whether the different ECUs are plug and play - ie that Jaguar kept the original wiring to the ECU. That would be Jaguars way of doing things, but the various injection systems may not be directly compatible, and the HE engine may have different fueling requirements - as may markets. Hence the need for different ECUs…?

I read about the voltage check using a diagnostic port by the ECU to help with determining fuel mixture at each bank. I think I found the diagnostic port, but the wires don’t match. My guess is what I’ve been reading is Lucas related and different than Marelli. Before I start digging through the wiring diagrams which is a bit of a chore for me, being electrically impaired, figured I’d create a topic for some quick guidance, comments, etc. [image] ^^^ I think this is the diagnostic port to …

I have a feedback ECU (4118 as I recall) but no cats and no O2 sensors. The engine runs very nicely

Turning my attention to the ecu. I removed it and opened it up to have a look. Found a burned out resistor?

Any chance you can get a better shot of that transistor mabye cleaned up with a cotton swab w/ some alcohohl on it? Usually the datasheet for a particular transistor can be tracked down and there are usually plent of substitutes, but I can’t read the first number very well and my guesses don’t come up with any direct matches.

The upper one BC558 is still avaialbe from Digikey and I suspect other vendors.